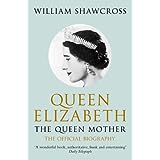 Queen Elizabeth the Queen Mother- The Official Biography- William Shawcross
Generally, I found this an interesting book. The first fifty years of the Queen Mother's life were interesting as I didn't know that much about her life during that time, and indeed my knowledge of that period of history is a little vague. The last ten or so years were interesting, as I remembered some of the events quite clearly, and it was interesting to contrast the world as it was then with the world she was born in to.
I did find the long lists of charities she supported and official engagements a bit dull and repetitive. I also felt that, as it was an official biography, it was a bit...sanitised. (This could also be because Princess Margaret burned a lot of her mother's letters- if they had been in the royal archives, perhaps there would have been some more revealing insights. Also the QM seems to have been quite discreet, so it is probably impossible for anyone outside of her family to know what she really thought).


An interesting read, over all- especially if you are prepared to skim over the slightly dull parts!

The Sound of a Wild Snail Eating- Elisabeth Tova Bailey 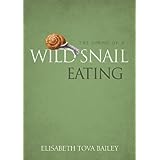 This is a very short book, which focuses on the snail that the author is given during a bout of reoccurring, debilitating illness. I found this quite a soothing book, as if it was somehow infused by the slow movements of the snail. I loved snails as a child (there is a photo of me with them crawling all over my arms) but I didn't know that much about them (or if I did, I had forgotten it). The author's observations of the snail were interspersed with her later research on the biology of the snail, which was fascinating.

Book review: Newton and the Counterfeiter

April 15, 2014
I really enjoyed this book- it was only about 250 pages long, so I whizzed through it. (Well, relatively- it took about a week). It describes the (relatively brief) conflict between Isaac Newton and William Chaloner. I knew shamefully little about Newton before starting this book (other than the obvious 'scientist who thought up gravity when an apple landed on his head'.) The book describes his early life, and rise to fame as a scientist. (Apples are barely mentioned). Later in life, he was appointed Warden of the Royal Mint, at a time when England's coinage was debased and in need of re-minting. Part of his role as Warden was to chase down anyone who was counterfeiting coins- this was punishable by death, as it was considered treason against the monarch (whose face was on the coinage). Thus, Newton came into conflict with counterfeiter William Chaloner, who first came to London as a runaway apprentice, trying to make his fortune. (One of my favourite parts of the b
3 comments
Read more

January 26, 2014
I've come to the conclusion that, as The Lady in the Tower: the Fall of Anne Boleyn by Alison Weir has been sitting half read on my bookshelf for months, I am probably never going to finish it! It's a very dense, well researched book, focussing on a very short time period, and unless I read it in a fairly short space if time (a week, say) I'd never be able to keep a track of who all of the people discussed in it are. Also, The Three Edwards by Michael Prestwich has been hanging about for a while- not as long as Anne Boleyn, but long enough! These books were relevant/interesting/useful to me at one point, but now there are other things that I would rather be reading, so it's rehoming time for them...
2 comments
Read more